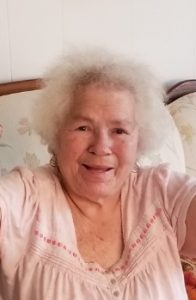 Conchita was born on April 23, 1927 in Arecibo, Puerto Rico to Epifania Morales Maldonado.  She married John McDaniel, whom preceded her in death. She worked as a cook at Burton’s for many years.  Conchita loved to garden, do crosswords and watch her favorite soap opera “The Young and The Restless”.