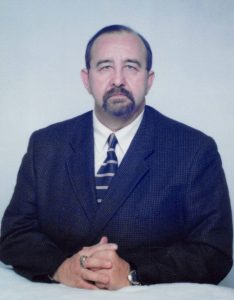 David Bryan Douglas of Houston, Texas passed from this earth on Monday, May 27, 2019 in Houston, Texas.  He died of a heart condition.David was born on June 13, 1951 to Bryan William Douglas and Elsie Aldridge Douglas. His father, mother and his younger sister Teresa Ann Douglas preceded David in death.

After four years of teaching, David was drawn into a second profession.  David’s keen sense of science and technology led him into the seismic oil industry.  He became a natural leader in this industry and he went on to lead sales departments in Central America, South America, Indonesia, China, and Russia.  He represented GeoQuest for many years as well as other leaders in the industry.  David also worked for and represented Schlumberger for years, which is the world’s leading provider of technology for reservoir characterization, drilling, production, and processing to the oil and gas industry. He had an incredible grasp of international energy development and its need for scientific and geo seismic exploration and development.  He eventually went to the four corners of the earth to develop the worldwide energy industry.

Upon his retirement from the energy industry David’s passion for Texas History reemerged. David loved everything about Texas.  He loved its people, its history, its flora, fauna, and its lore.  David created the web site Everyone Loves Texas (ELT) and he managed and contributed to its success on a daily basis for many years.  ELT grew to more than 5,000 members and David continued his role as a fan and teacher of Texas history and lore well into his retirement.  Thousands of people enjoyed and learned from ELT over the years and his daily Texas History lessons were relished across Texas and the World.

David Douglas was a Christian and a Believer.  He asked that this inscription be placed on his tombstone, “Dear Lord I believe You raised Jesus from the dead.  I accept Him as my personal Lord and Savior from sin and He has saved me.  I thank Him for forgiving me and giving me eternal life. Amen!”

In lieu of flowers, gifts are encouraged to be made to Zoi’s Animal Rescue care of Michael Stellas at 17676 Whippoorwill Road, Navasota, Texas 77868 or to Bethel Cemetery, Franklin County, Texas in care of Neta Kemp at 13161 Scroggins, Texas 75480.