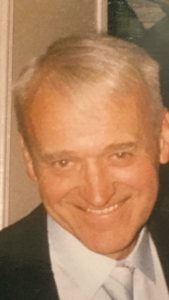 Marvin Harold Franke, age 89, of Sulphur Springs, went home to be with the Lord, on May 29, 2019 surrounded by his family.

He was born on May 9, 1930 in Mauston, Wisconsin to the late Carl A. and Josephine Lehman Franke.  Marvin grew up on the family farm and upon reaching his majority, enlisted in the Navy, serving in the Air Wing Division aboard the USS Valley Forge during the Korean War.  A self educated man with deep wisdom and common sense, he served on school boards, taught HVAC at a High School and college and was very active in local, state and national politics. His favorite pastimes were reading the Bible, american history, deer hunting, playing the guitar or mandolin for family and friends, playing chess with his grandchildren, and spending time with the very few who knew they had a true and loyal friend.

Daily Devotional from The Way Bible Church for May 31st, 2019