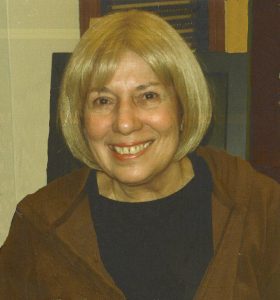 Margaret Chastain passed away May 26, 2019, she was 81.  Born in San Juan, Puerto Rico on April 18, 1938.  Raised in New York City, she graduated High School and worked as a secretary for RCA Records and Pan American Airlines.  She married Bruce Chastain and moved to Hollywood, CA.  Margaret produced TV Commercials for McDonalds and the Budweiser Company.  She appeared in several commercials during Super Bowl.  She did location shoots as a logistics crewmember and traveled Europe and South America.  She became a private pilot, loved photography, classical music, and oriental artifacts.  She worked at Forrest Lawn, cemetery to the stars, and as an administration assistant in the Los Angeles School System.  Retired, she moved to Texas to be near her brother, Art Romanat, the only remaining, local member of her family who resides in Sulphur Springs with his wife, Charlotte.  Margaret was a victim of Alzheimer’s. She was a kind and very loving person and will be missed by all that knew her.