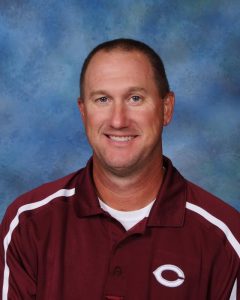 Como-Pickton CISD has named Ronnie Green as their new Head Football Coach and Athletic Director. Green joins the Eagles after coaching at Cooper High School. He was Cooper’s head coach last in 2017 and has been an assistant principal for the ISD since.

He is replacing Charles Swann who retired after 4 years at CPCISD.

This article has been corrected to accurately reflect Green’s time at Cooper.