Mount Vernon Music proudly presents Wind Synergy,”a concert of music for wind instruments and piano Saturday, June 1, 2019 at 7:30 pm in Mount Vernon Music Hall. The program includes two quintets for piano and winds by Beethoven and Mozart, along with music by Wayne Barlow and Mikhail Glinka.

The program will open with the performances of two scholarship winners, Chase Crouch (cello) from Sulphur Springs and Colton Wilson (trombone) from Paris.

Tickets are $10 for MVM members, $20 for non-members, and $5 for college students with valid ID. Children’s admission through high school is free. (8th grade and younger must be accompanied by an adult ticketholder.)

Memberships in MVM start at $25 and support all the organization’s work, including scholarships for young musicians and outreach work for schools and seniors. Memberships are good for the year June 1 through May 31, and members receive discounts on ticket pricing. Details can be found at MVM’s website.

Festival appearances include those with the Sinfonietta di Roma, Euromediterraneo Festival, TirolerFestspiele, OrquestaSinfonica de Holguin and Orchestra Nuova Amadeus. Mr. Petruzziello is a teaching artist in the B Sharp Music Program. Previously, he was on faculty in several institutions in Colombia, such as the Universidad Central, Universidad del Valle, Universidad EAFIT and the Antonio María Valencia Conservatory. He has presented masterclasses in Colombia, Cuba, Italy, Panama, Perú and the United States.

Mr. Petruzziello earned a Bachelor of Music in Clarinet Performance under the tutelage of Francesco Belli, a Master of Music in Chamber Music and an Artist Diploma Certificate from Texas Christian University. He resides in Fort Worth with his wife, cellist Laura Ospina and their children Tomas and Olivia.

Elise Belk is a free-lance oboist in the DFW area. Originally from Cleveland, Ohio, Elise moved to Texas after completing a Bachelor of Music degree from Louisiana State University and a Master of Music degree from the Cleveland Institute of Music. In addition to maintaining a private oboe studio in Fort Worth, Elise serves as a faculty member at Texas Wesleyan University. She is also the owner of and reed-maker for Wildflower Reeds, providing supplies and hand-crafted oboe and English horn reeds. Elise lives in Fort Worth with her husband, Jacob, children, Finn and Fiona, and dog Henry.

Sara Scurry currently performs as an extra with ensembles such as the Fort Worth Symphony, Dallas Summer Musicals, Las Colinas Symphony, Dallas Chamber Symphony and East Texas Symphony. Prior to arriving in Dallas, Sara was Principal Bassoonist of La OrquestaSinfónica del Estado de Mexico in Toluca, Mexico for two years and Principal Bassoonist of the Shreveport Symphony. She received her education at Juilliard, Oberlin Conservatory (BM) and University of North Texas (MM).

Pianist Evan Mitchell’s recent highlights include debuts on the prestigious Dame Myra Hess Memorial Concerts series (Chicago), at Merkin Concert Hall (NYC), and at several major venues in Shanghai. He has played concerti with the symphony orchestras of Dallas and Fort Worth, among others, and collaborated in recital with such major figures as double bassist Gary Karr and clarinetist CorradoGiuffredi. Evan’s new recording with bassist Szymon Marciniak is earning rave reviews; most recently, Bass World called their performances “intoxicating,” deeming this “a seminal recording.” Evan is also featured on the 2012 release “Piano de Pampa y Jungla: A Collection of Latin American Piano Music.”

Since June 2014 Evan has been a TCA Texas Touring Roster Artist, and over the past four years he has given more than 150 performances for Cliburn in the Classroom.  Evan is currently completing his doctorate at Texas Christian University, where he studies with John Owings. More information can be found at www.evanmitchell.net. 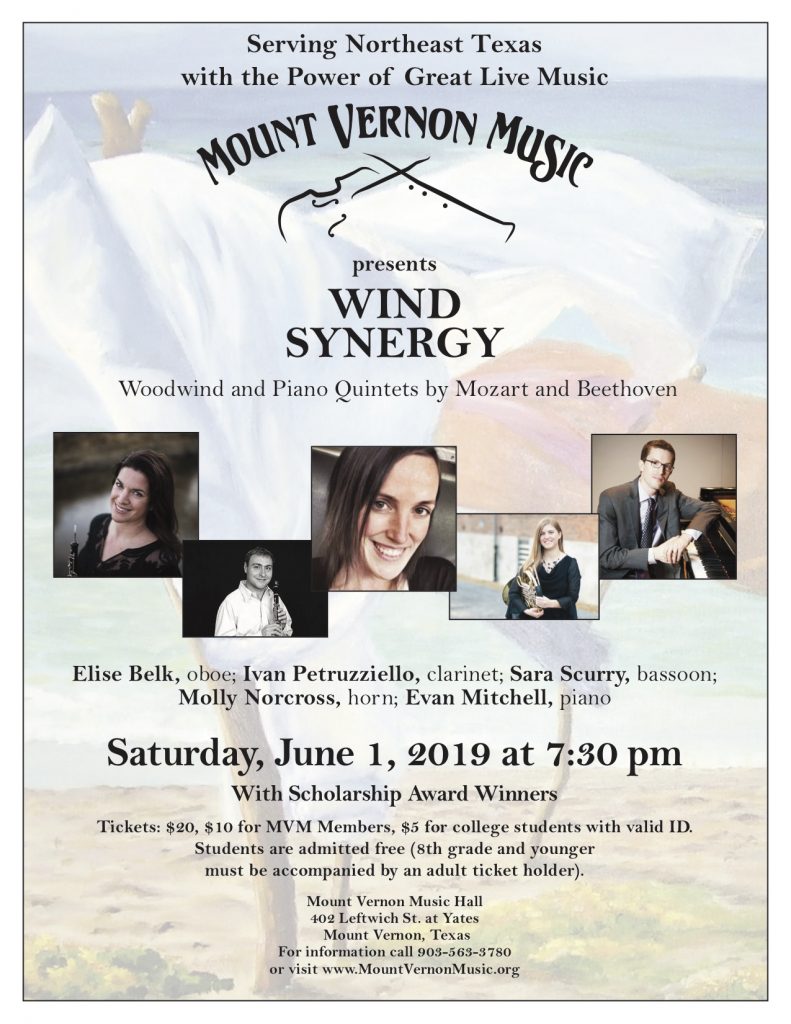