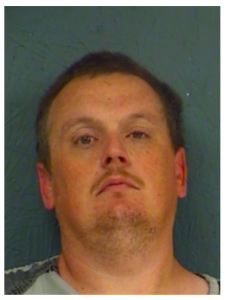 Cumby Police Department arrested a 36 year old Arkansas man on Tuesday after discovering 7 pounds of methamphetamine in his vehicle during a traffic stop.

Officer Jones pulled over Andrew Zachery Berry of Russelville for following another vehicle too closely on I-30. A search of the vehicle was conducted after pulling Berry over. Jones noticed one of the subwoofer speakers in the vehicle was missing a screw and removed the speaker. Inside of the subwoofer box Jones discovered three large zip lock bags containing methamphetamine. The methamphetamine weighed approximately 7 pounds.

Berry was placed under arrest and charged with Manufacture/Delivery of a Controlled Substance-More Than 400 Grams. He is held at Hopkins County Jail on a $75,000 bond.