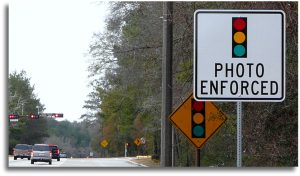 Today, the Texas Senate passed House Bill (HB)1631. This bill prohibits the use of red light cameras by municipalities and local entities.Unchanged from the House passed version, the bill will now be sent to the Governors desk.

“After years of effort by scores of Texans, I am pleased to announce that the Texas Legislature has finally passed the bill that will prohibit red light cameras in Texas. The bill will also prohibit counties from using unpaid red light tickets to block vehicle registration. The passage of this bill is a major victory for Texans. No longer will Texans have their 5th and14th amendments violated by unconstitutional tickets. Also, highway safety will be improved. I am truly honored to have worked with Representative Stickland to pass this historic bill,” stated Senator Hall.

Dozens of independent nationwide studies consistently conclude that red light cameras do not improve safety, and in many locations they actually increase accidents.

In fact, a 2008 University of South Florida report found:

Comprehensive studies conclude cameras actually increase crashes and injuries, providing a safety argument not to install them. Public policy should avoid conflicts of interest that enhance revenue for government and private interest at the risk of public safety.

HB1631 would also prohibit county tax assessor-collectors from refusing to register a motor vehicle based upon the owner’s delinquency in paying a penalty for a red light camera violation.