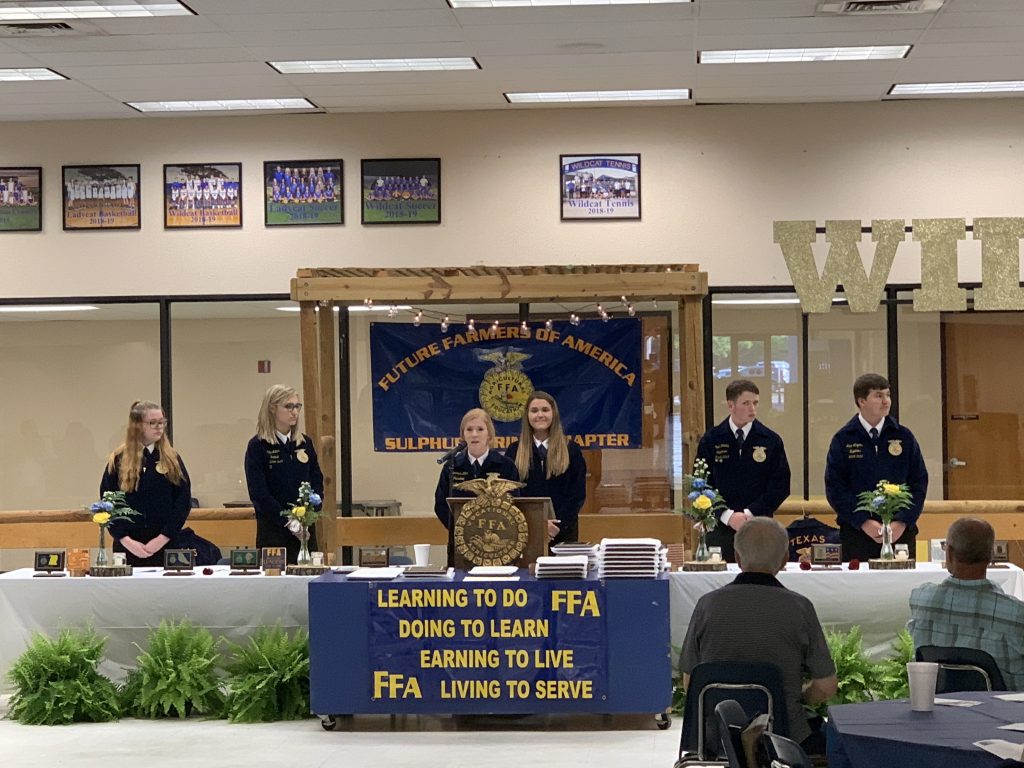 Community members and guests assembled in the SSHS cafeteria on Tuesday night, to attend the 82nd Annual Sulphur Springs FFA Banquet and celebrate the blessings afforded them through the pursuit of agricultural and youth endeavors in this community.  The banquet was opened with the official FFA Opening Ceremony and presentation of flags.

Haylie Barrett was given the Billy Conner Commemorative Award and Beau Bankston was named Outstanding Greenhand.

Debbie Stribling and Mr. Johnson were selected to receive Honorary Membership in the Sulphur Springs FFA Chapter and joined a distinquished group of past honorees.

Proficiency awards presented at the 2019 Banquet were:

Member of the Year- Savannah Allen

Officer of the Year- Elida Miller