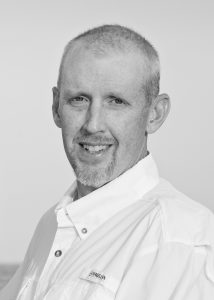 Kelly Tomlinson was born to Milton and Sarah Tomlinson on July 20, 1970. He was raised in Robert Lee, Texas and later moved to Sulphur Springs where he met the love of his life, Kimberley Massey, and they became husband and wife on June 15, 1991. It was in East Texas where they planted their roots and began to raise their family, daughter, Kara Gentry and son, Kaden. He enjoyed the outdoors, hunting, fishing, and playing sports with his kids. He was employed by Valence Operating as a Pipeline Safety Operations Representative. Kelly went to be with the Lord on May 15, 2019 after a lengthy illness. He honored his family with a brave fight of an illness that many physicians were unable to find until recently after his earthly body was too weak to fight. He is survived by his wife Kim, daughter Kara Gentry and son, Kaden, his grandfather Foy Askins, father Milton Tomlinson, sister Tracie Funderburg and husband Jimmy and niece Milina. He is proceeded in death by his mother Sarah Tomlinson, his grandparents, Nora and Veldon Tomlinson and grandmother Estelle Askins. Services will be handled by West Oak Funeral Home with visitation held Friday May 17, 2019 from 6:00 to 8:00 pm. The funeral service will be held at The Way Bible Church at 1:00 pm on Saturday May 18, 2019, officiated by Joel Tiemeyer and Dean Libby. Burial will follow at Mahoney Cemetery.