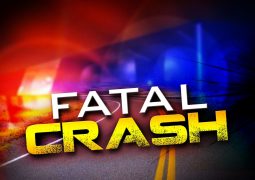 Approximately 8:08 this morning Sulphur Springs Police Department was notified of a traffic accident involving an 18-wheeler and a SUV. The 57 year old male passenger and the 49 year old female driver of the SUV were transported from the scene to CHRISTUS Mother Frances Hospital. The male passenger passed away later this morning. The female driver is in stable condition.

The truck driver was not injured in the crash. Sulphur Springs Police are still investigating the cause of the crash and no names have been released.