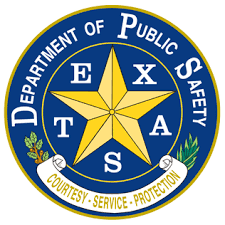 The Texas Public Safety Commission (PSC) this week voted unanimously to appoint Phillip G. Ayala to the position of Texas Department of Public Safety (DPS) Inspector General. Effective June 30, 2019, Ayala will replace Rhonda Fleming who is retiring after 35 years of honorable and dedicated service to the department.

“We are thankful for Rhonda’s service to our state for the last three and a half decades, including in her most recent role as inspector general, and we wish her well in retirement,” said PSC Chairman Steven Mach. “Phillip brings a wealth of knowledge and experience that’s crucial to carrying out the mission of the Office of Inspector General, and the commission looks forward to working with him in his new role.”

Last year, Ayala was promoted to Regional Director of the DPS Central Texas Region (stationed in San Antonio), which consists of 43 counties. Ayala began his career with DPS in 1996 as a Highway Patrol Trooper stationed at the Capitol in Austin. In April 2003, he promoted to sergeant and moved to the South Austin duty station. In September 2005, Ayala promoted to lieutenant within the Administration Division at DPS Headquarters in Austin, where he remained until he promoted to captain in the Administration Division in January 2009. In November 2011, he transferred as a captain to the DPS Office of Inspector General, and in September 2015, he promoted to major in the Texas Highway Patrol Division at DPS Headquarters in Austin. Ayala earned a Bachelor of Applied Arts and Sciences degree from Lamar University in 2015 after beginning his studies at Del Mar College and Texas A&M – Kingsville. He also graduated from the FBI National Academy Session #271 in 2018.

In 2011, the DPS Office of Inspector General (OIG) was created by the 82nd Legislature as an independent division that reports directly to the PSC. OIG fulfills its statutory responsibilities by thoroughly and impartially investigating misconduct allegations against DPS employees, which serves to enhance public and employee confidence in the integrity of the department.