The city will not have to provide information to the individual requestor once the 36 hour limit has been met for that individual. However, this does not set a cap on the number of hours that the city can spend answering public information requests. Any individual who has not met the limit may request information and the city must respond in ten days to comply with the mandates of Chapter 552 of the Texas Government Code or appeal to the Texas Attorney General to withhold the information.

We asked City Attorney Cynthia Humphries for a copy of the ordinance but she refused. She told us contentiously, “We have to send it to the newspaper first.” After further questions she directed us to Chapter 552.275 of the Texas Government Code. FrontPorchNewsTexas.com also attempted to reach Humphries earlier in the day for clarification about the ordinance but she did not return our call.

Alderman Betty McCarter was the single vote against the ordinance. She told council members that the increased amount of requests was due to requests being denied and requestors being asked to narrow the scope of their inquiries. She said the requestors were having to break up their requests to narrow their scope and that led to multiple narrow requests for the same amount of information that was originally requested. McCarter believes the city should just provide the information when originally requested.

We spoke to many frustrated citizens after the meeting. One resident told us that the city refused to provide a fiscal budget when asked and told him to “narrow the scope” of his request. He also told us that the city couldn’t provide him with exact minutes of past council meetings that he requested, either.

The frustration of these citizens due to a lack of government transparency seems warranted. A basic action such as uploading city council minutes seems to have been ignored by the city government. The City of Cumby website does not have a complete archive of council meeting minutes and it has an outdated listing of city council members. For example, minutes have not been uploaded for 6 months of 2018 and no minutes for 2019 have been uploaded.

The council also accepted the resignation of Mayor Kathy Carter during the meeting. Cody Talley was selected as Mayor.

UPDATED: A copy of the ordinance was obtained by Cumby citizens and is below. 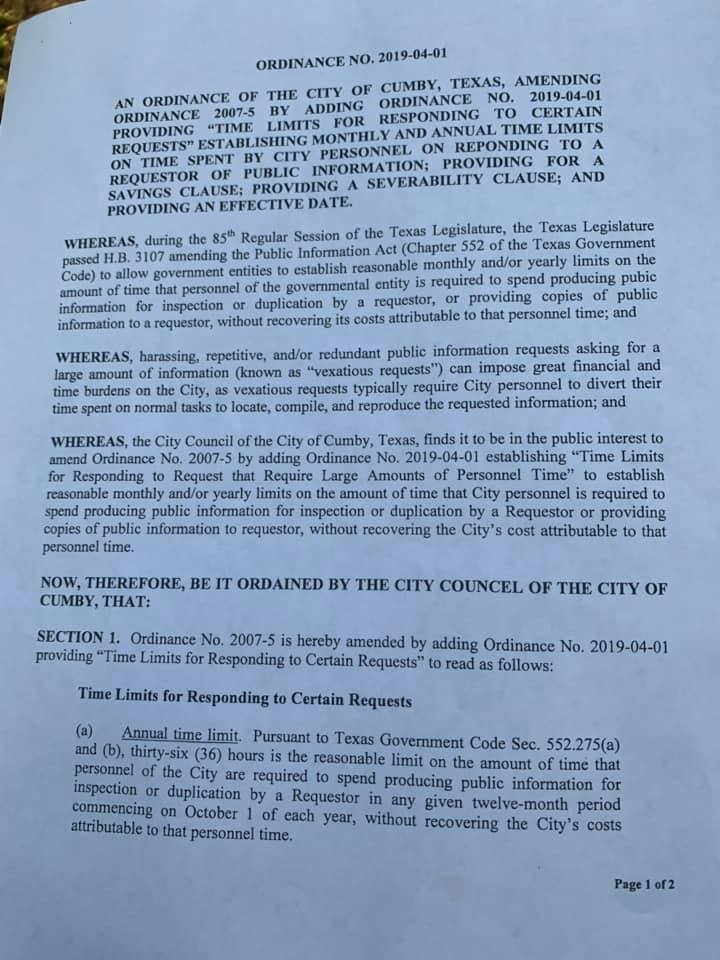 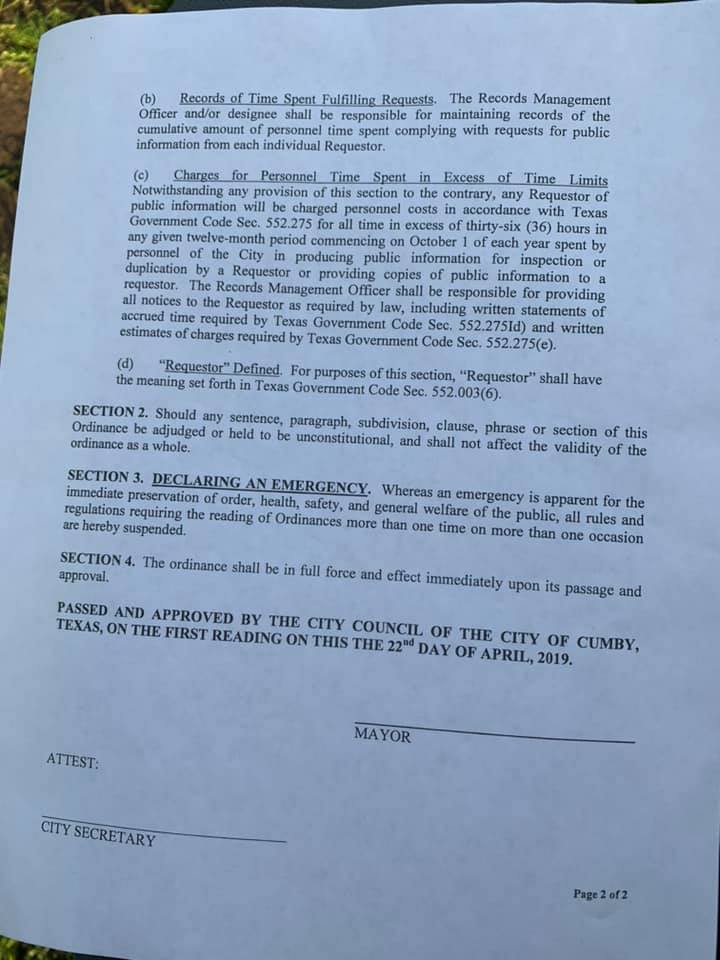 SS, Saltillo each climb in weekly rankings up