Daily Devotional from The Way Bible Church for April 19th, 2019

Matthew 27: 57-61
57 When it was evening, there came a rich man from Arimathea, named Joseph, who also was a disciple of Jesus. 58 He went to Pilate and asked for the body of Jesus. Then Pilate ordered it to be given to him. 59 And Joseph took the body and wrapped it in a clean linen shroud 60 and laid it in his own new tomb, which he had cut in the rock. And he rolled a great stone to the entrance of the tomb and went away. 61 Mary Magdalene and the other Mary were there, sitting opposite the tomb.

This may seem like an odd and maybe even irreverent question but…when is last time that you buried Jesus? Think about that for a moment, or longer if you have to. When His followers buried Him, they were in essence burying every idea and notion that they had about who they thought He was supposed to be. Most thought that He would come in force and reestablish the Kingdom. Some thought that He would simply stay and continue to grow His following until He became the King of Israel by mere numbers. Whatever their thoughts and plans were for Jesus, they had to be buried with Him because the fact was, He was dead. Those who profess to be followers of Christ, to truly follow Him, must learn to bury their preconceived ideas of who He is and allow Him to establish Himself in their life on His terms and take up His agenda. It’s easy, and not uncommon, for a believer to come to a place of familiarity in their walk with Christ where they stop allowing Him to reveal Himself in new and more powerful ways. So, just like His disciples and those who loved Him had to lay aside their ideas of who He was supposed to be, you also should daily ask Him to help you bury any ideas of Him that aren’t who He really is. The beauty of doing this is that just like He rose again and revealed Himself in a new a glorious fashion 2000 years ago, He will reveal Himself in more glorious ways to you as well. So, if you’re like most Christians and have an encapsulated idea of who He is…bury Him. He is waiting to reveal Himself to you in ways that are greater than you could ever imagine. – Love and Blessings, Pastor Jeff

Join us at TWBC for our Easter weekend celebration! We have four services so come and bring someone who needs to hear the Good News of the resurrected Savior. 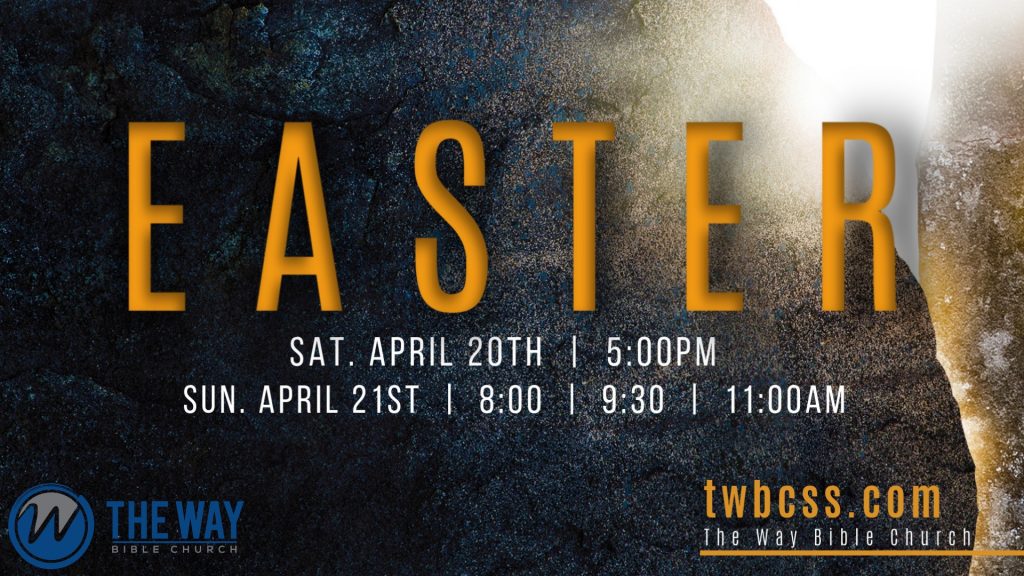 CMF-SS Volunteer Auxiliary Honors Their Own

City National Bank Employees Donate to In My Closet

SS Ladies Golf Association Donates to In My Closet

In My Closet Serves Women of Hopkins County