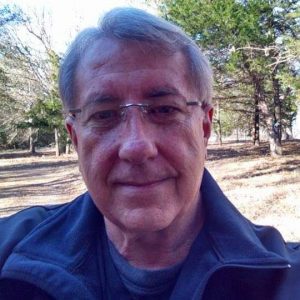 Funeral services for Monty Lee Harry, age 66, of Sulphur Springs, will be held at 3:00 p.m., Monday, April 15, 2019 at First Baptist Church with Bro. Tommy Johnston officiating. Interment will follow at Restlawn Memorial Park with Larry Blount, Charles Westbrook, Steve Moss, Dustin Harry, Ben Newcom, Marty Moss, and Derek Harry serving as pallbearers. Honorary pallbearers will be the Employees of Tolliver Ford. Visitation will begin at 2:00 p.m., prior to service time. Monty passed away on Thursday, April 11, 2019 at Christus Mother Frances Hospital. He was born on October 5, 1952 in Sulphur Springs, the son of Billy Wayne and Billie Walker Harry. He was an owner operator of Walker Harry Oil and later worked in sales for Tolliver Ford. He was a member of First Baptist Church and always made sure everyone had coffee at church. He is survived by sons, Dustin Harry and wife Tiffany, Derek Harry and wife Kimberly, sister, Morna Moss and husband Steve, mother, Billie Harry, grandchildren, Ashton and Easton Harry, Kirby Harry, and brother, Bill Harry and wife Beth, all of Sulphur Springs. He was preceded in death by his father, Billy Wayne Harry. Arrangements are under the direction of West Oaks Funeral Home. www.westoaksfuneralhome.com