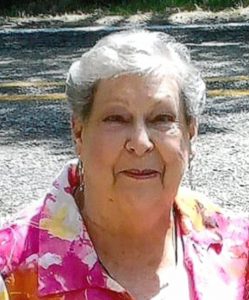 Betty Jean Smith was born on October 15, 1939 in West Texas to Asie and Bessie Johnson.  Through her life she was a seamstress forHaggar, worked for Mary Puddin Hill and as a substitute teacher. Betty was a member of First United Methodist Church. She was also a member of Black Jack Grove Daughters and served as PTA President for many years.