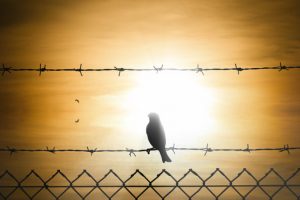 When I give presentations to Christians about religious liberty at a conference or seminar, I always emphasize this important point: Our current Supreme Court of the United States (SCOTUS) is consistently pro-liberty. That pro-liberty stance necessarily means that SCOTUS strongly favors religious liberty as well. In fact, in every case in which SCOTUS ruled on the basis of religious liberty in the last five years, the Court sided with the individual (or business) asserting freedom of religion. Not only has SCOTUS sided in favor of religious liberty each time, but the decisions haven’t even been close. In almost every ruling seven or more of the Court’s nine justices have agreed. In other words, as far as our nation’s highest court is concerned, religious liberty is of vital importance and freedom of religion is a relatively non-partisan issue. SCOTUS’ stance in favor of religious liberty was solidified even further last Thursday when, in a 7-2 decision, it halted the execution, also known as a stay of execution, of a Buddhist man on death row in Texas just a couple of hours before the execution was scheduled to take place.

On December 13, 2000, Patrick Murphy, and six other inmates, broke out of a prison 60 miles south of San Antonio. By Christmas Eve, the group, known as the Texas 7, had made its way to Irving, Texas where they robbed an Oshman’s sporting goods store. Serving as the lookout, Murphy alerted the others of the presence of Officer Aubrey Hawkins who had arrived at the scene. Five of the escapees shot at Officer Hawkins and killed him. The Texas 7 were finally apprehended in Colorado over a month later. Murphy was convicted, among other things, in the murder of Officer Hawkins and sentenced to death. In December 2018, Murphy’s execution was scheduled for March 28, 2019.

Murphy notified the Texas Department of Criminal Justice that he would like Reverend Hui-Yong Shih, who had ministered to Murphy over the past six years, present in the execution room to recite a Buddhist chant during the execution. TDCJ denied access to Rev. Shih relying on a policy that limited access to the execution room to correctional facility employees. Non-employees were permitted in the adjacent viewing room, but not the execution room. Murphy told TDCJ that he would accept any Buddhist minister, but TDCJ offered only the Christian chaplain (an employee) to accompany Murphy in the execution room. Murphy requested a stay of execution on the grounds that Texas’ policy violated his religious freedoms in violation of the First Amendment. The State of Texas argued that its policy was clear, and that Murphy requested his stay of execution too late. Texas claimed Murphy’s request was a tactic to cause undue delay.  The United States 5th Circuit Court of Appeals agreed that the request was untimely and denied Murphy a stay of execution. Then, hours before the execution was scheduled to take place, a majority of seven SCOTUS justices agreed that Murphy’s execution could not take place unless Texas permitted “a Buddhist spiritual adviser or another Buddhist reverend of the State’s choosing to accompany Murphy in the execution chamber during the execution.”

The decision in Murphy v. Collier stands in stark contrast to SCOTUS’ decision to vacate a stay of execution by a lower court in the case of Dominque Ray just a month and a half earlier. Ray was on death row in Alabama when he requested that his imam be allowed by his side in the execution room. As with Texas in the Murphy case, Alabama had a rule that only allowed state correctional officers in the execution room. Because Ray’s imam was not a state correctional officer, he was allowed in the viewing room, but not the execution room. On November 6, 2018, Ray’s execution was scheduled for February 7, 2019. Ray did not seek a stay of his execution until January 28, 2019 about a week before the execution as to take place. Ray argued that the reason for his delay in seeking relief was because he was unaware of Alabama’s policy until his request to have his imam in the execution room was rejected on January 23. In a three-sentence 5-4 decision that did not address Ray’s religious liberty claims, SCOTUS ruled that Ray sought relief too late. It’s possible that the two justices who ruled against the stay of execution in Murphy’s case last Thursday (Justices Thomas and Gorsuch) did so because they believed Murphy’s request was untimely. This is the same reason they voted to deny a stay of execution in Dunn v. Ray in February.

Why the Rulings Matter:

It’s important to make clear that neither the Murphy decision nor the Ray decision are based on the merits of the two convicted men’s underlying religious liberty claims. In Ray, SCOTUS overturned the stay of execution based on delay. Though Justice Kagan’s dissenting opinion in Ray describes Alabama’s policy as a violation of First Amendment Freedom of Religion, the majority decision provides no guidance for lower courts regarding state policies and religious discrimination. In Murphy, Justice Kavanaugh’s concurring opinion makes it clear that Texas’ policy (which is similar to Alabama’s policy) constitutes religious discrimination. In other words, it’s clear that a majority, if not all, of the Supreme Court justices believe these policies constitute religious discrimination in violation of the First Amendment.

The confusion based on the procedural ruling in Ray has been significantly cleared up by the substantive ruling in Murphy last week. This is significant for a couple of reasons. First, SCOTUS reiterates a well-established principle: Americans are entitled to freedom from religious discrimination by the First Amendment and that freedom of religion does not go away as a result of incarceration. Second, while state governments may have a strong interest in controlling who as access to an execution room (and to a lesser extent a viewing room), those states cannot allow spiritual advisers of certain faiths access to the execution room while denying access to spiritual advisers of a different faith.

The clarification of this second point has sent a strong message to state governments. Both Alabama and Texas have now revised their policies to exclude spiritual advisers of all faiths from being present in the execution room. Alabama announced the change to its policy prior to the Court’s ruling in Ray and Texas announced the change to its policy this week as a direct result of the Court’s ruling in Murphy. For many, the exclusion of Christian chaplains from execution chambers is a convenient solution that allows these states to avoid dealing with the more difficult question: How can the government strike a proper balance between security concerns and freedom of religion? Instead of answering this question, both Alabama and Texas have chosen to exclude all spiritual advisers so that no single religion receives preferential treatment over another.

The rulings in Murphy and Ray have led critics to accuse the Court of possessing an anti-Muslim bias. The American Civil Liberties Union tweeted, “The only real difference between Domineque Ray’s and Patrick Murphy’s requests to have clergy members of their own faiths at their executions is that Ray is a Muslim and Murphy is not.”

These criticisms ignore the Court’s recent religious liberty rulings in favor of Muslims. In 2015, SCOTUS ruled 8-1 in favor of a Muslim woman who was denied employment at Abercrombie and Fitch because her hijab violated the store’s “no hat” dress code policy for employees. The late Justice Scalia wrote the majority opinion describing the store’s application of the policy to the Muslim woman as religious discrimination. That same year, the Court ruled 9-0 in favor Gregory Holt, a Muslim inmate in Arkansas. Citing security concerns, Arkansas detention policies prohibited inmates from growing any beards with the exception of a quarter inch in length for medical purposes. Holt argued that his faith obliged him to leave his beard uncut. He even offered a half inch length beard as a compromise to address Arkansas’ security concerns with lengthy beards. Arkansas denied Holt’s request and SCOTUS ruled that denial deprived Holt of his First Amendment right to freedom of religion.

The similarities in the Holt case and the Ray case are obvious. Muslim men who are incarcerated asserting their respective religious freedoms are being denied those freedoms by the states that institutionalize them. Yet in Holt, every justice agreed that Muslims deserve First Amendment religious freedom even while in prison. The makeup of the Court has not changed drastically since 2015. The two new justices appointed since the Holt decision are not considered ideologically dissimilar from the justices they replaced. Additionally, all of the justices (including the Court’s newest member, Justice Kavanaugh, who just wrote the concurring opinion in Ray) fully recognize that any precedent they set for lower courts applies to Muslims as well as Buddhists.

It seems more likely that the justices are in agreement on protecting religious liberty for inmates of all faiths from discriminatory state policies but disagree about the issue of when a request for a stay of execution is untimely and potentially a tactic for delay. Regardless, when it comes to ruling in favor of an individual (or corporation) asserting religious freedom protection under the First Amendment, SCOTUS’ recent pro-liberty streak remains intact.

Daily Devotional from The Way Bible Church for April 6th, 2019