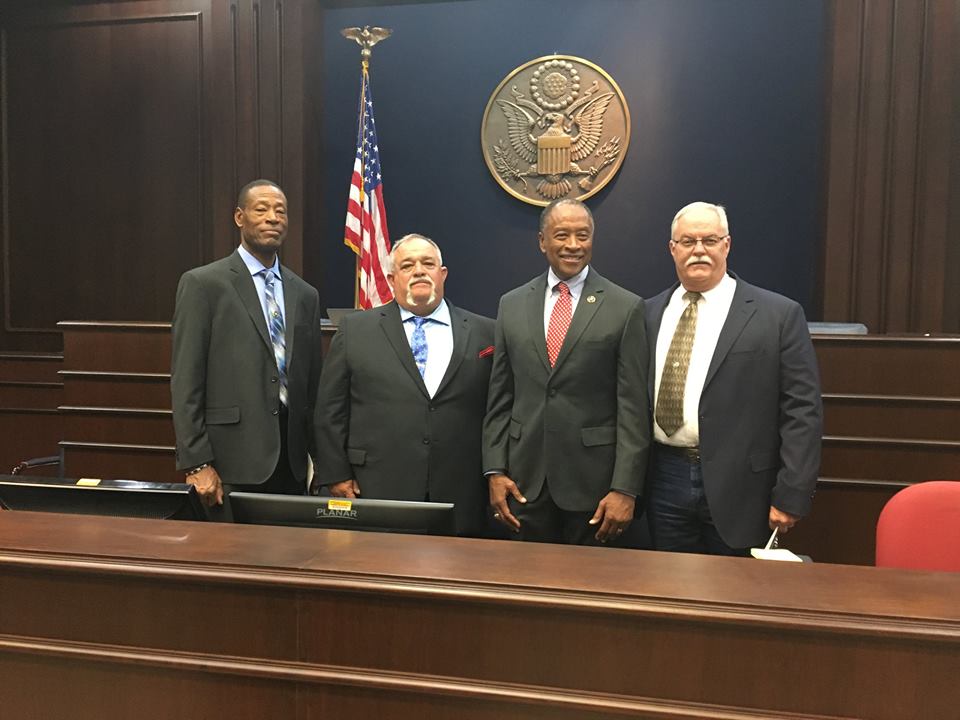 Friday March 29th, Sheriff Lewis Tatum attended a ceremony for Donald W. Washington from Hopkins County, who was sworn in as Director of the US Marshals Service.

On March 14th, the U.S. Senate confirmed Donald W. Washington to be the new Director of the U.S. Marshals Service. Washington is a member of the Sulphur Springs High School Class of 1973. He is a 1977 West Point graduate, served in the U.S. Army and U.S. Army Reserve until 1987. In 1989, he received his Juris Doctor from South Texas College of Law, Houston, Texas. In 2001, President George W. Bush appointed him U.S. Attorney for the Western District of Louisiana. President Donald Trump selected him October 2nd, 2018, to lead the U.S. Marshals.

Chick-Fil-A in Sulphur Springs Begins Hiring. Opening in Early May.