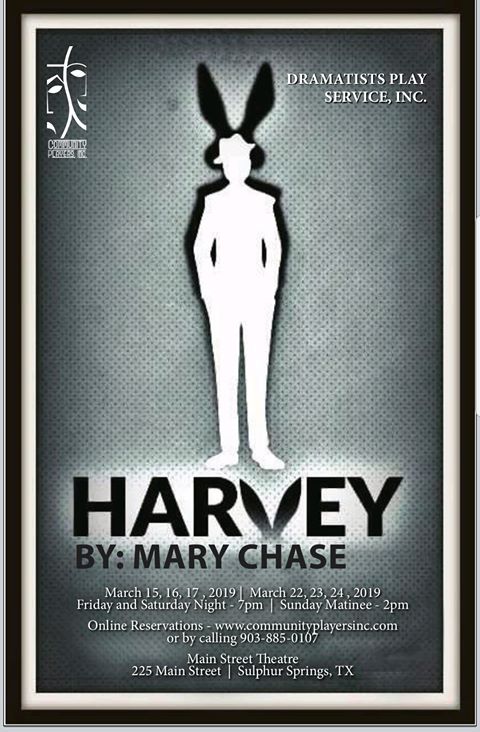 Harvey, a Pulitzer Prize-winning comedy by Mary Chase, is the story of a perfect gentleman, Elwood P. Dowd, and his best friend, Harvey — a pooka, who is a six-foot tall, invisible rabbit. When Elwood begins introducing Harvey around town, his embarrassed sister, Veta Louise, and her daughter, Myrtle Mae, determine to commit Elwood to a sanitarium. A mistake is made, however, and Veta is committed rather than Elwood! Eventually, the mistake is realized, and a frantic search begins for Elwood and the invisible pooka, which ends with Elwood appearing, voluntarily, at the sanitarium. In the end, however, Veta realizes that she loves her brother and his invisible his best friend just as they are, and doesn’t want either of them to change.