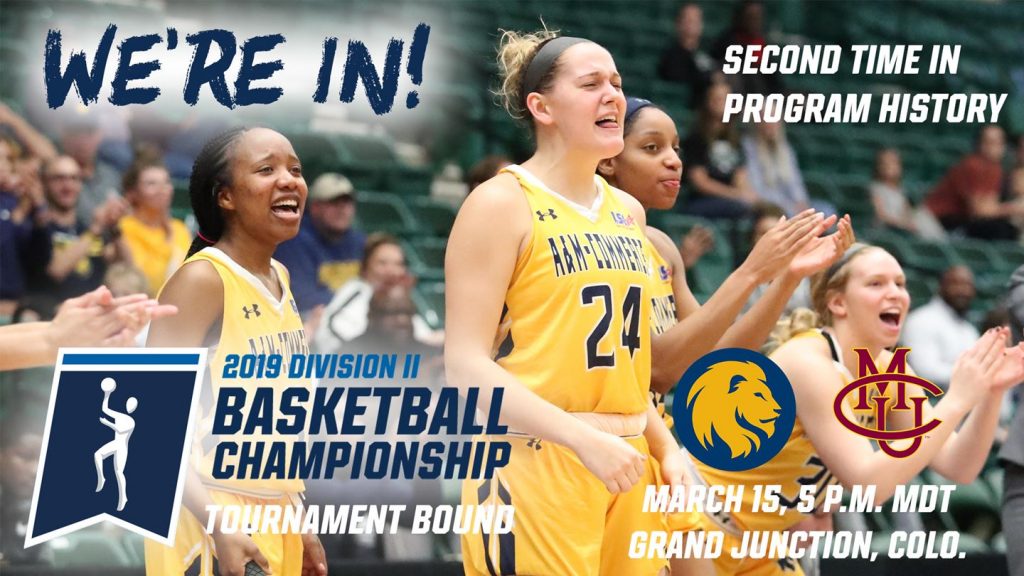 The Texas A&M University-Commerce women’s basketball team is NCAA Division II Tournament bound for the second time in program history, as announced by the NCAA on Sunday evening. The Lions are the seventh seed in the South Central Region and will face second-seed Colorado Mesa in the first round in Grand Junction, Colo..

In a unique situation, the South Central Region will have split hosting duties, with No. 1 West Texas A&M hosting the other half of the bracket with No. 8 Eastern New Mexico, No. 4 Angelo State, and No. 5 Westminster (Utah). The two semifinal winners at each site will play the South Central Regional final on Tuesday, March 19, at the top remaining seed.

It is the second time the Lions have qualified for the NCAA Tournament, after qualifying in the 2006-07 season. That season, led by Britney Jordan andKanani Marshal, the Lions won the Lone Star Conference North Division Championship, the LSC Tournament Championship, and the South Central Regional Championship, advancing to the Elite Eight.

Tickets will be available at 8 a.m. MDT Monday at https://coloradomesa.universitytickets.com/w/default.aspx. The game will also be broadcast on the Lion Sports Network on KETR-FM 88.9 and online at KETR.org. More information will be made available as the tournament approaches.