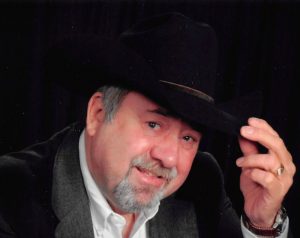 Maxie ‘Mac’ Frank Chester, went to heaven onMarch 11, 2019 at Carriage House Manorfrom Renal Failureat the age of 70.  Visitation will be held Wednesday, March 13th from 6:00 PM to 8:00 PM. The Funeral Service will be held at 10:00 am at West Oaks Funeral Home on Thursday, March 14, 2019 with Dr. Joel Tiemeyer, Reverend Larry Jordan, and Pastor Paul Pogue officiating. Interment to follow at Restlawn Memorial Park.

Maxie served for over 40 years in public works and the water treatment business, including 16 years for the City of Sulphur Springs, where he was once honored as Employee of the Year.

Of all his achievements, Maxie enjoyed being a husband and father best of all. Maxie’s friendly smile and contagious laugh engaged others quickly as did his personality plus lifestyle and southern charm. Maxie delighted in being funny and making people laugh. His love of God and others showed as he gave away many Bibles and pens throughout his lifetime.

Maxie participated in the Prison Ministry of Fruitful Harvest and enjoyed giving hope to others. Since 2012, Maxie has been a supportive member of The Way Bible church. Above all Maxie loved his Lord, his family, his friends and his church.

Maxie was also a sports enthusiast and served as a past president of the Wildcat Booster Club.  He had found memories of announcing Wildcat football and baseball games with Cecil Savage.  Supporting his kids through their many activities was a highlight.

Memorials may be given to The Way Bible Church for “TWBC KIDS” on the twbcss.com app or mailed to TWBC at 674 FM 2560, Sulphur Springs, Texas 75482. Funeral Arrangements are under the direction of West Oaks Funeral Home,westoaksfuneralhome.com

Daily Devotional from The Way Bible Church for March 12th, 2019