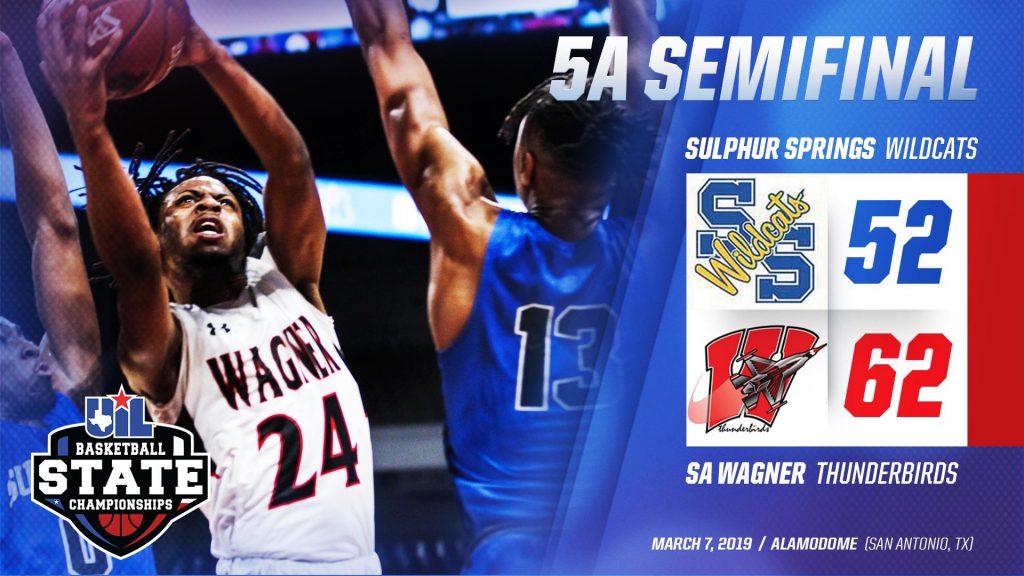 SAN ANTONIO – Despite 43 combined points from senior guard Keaston Willis and junior forward Sadaidriene Hall, the Sulphur Springs Wildcats fell to the San Antonio-Wagner Thunderbirds, 62-52, in the 5A state semifinals.

Willis led all scorers with 23 points, hitting all 11 of his free throws, with Hall adding 20 points and five boards. Senior center Xavier Cork led both sides in blocks (five) and rebounds (8), accounting for half of the Wildcats 19 team rebounds. Cork also had four points.

The Wildcats made 19 of 20 free throws in the game but turnovers ultimately did them in, as they had 21 turnovers to seven assists while the Thunderbirds had 11 turnovers to 10 assists. Wagner also outrebounded Sulphur Springs 25-19 despite an obvious size advantage for the Wildcats.

A three from Ja’Sean Jackson got the scoring started in the first period. Two free throws from Willis, then a goaltend call on a shot from Hall gave the Wildcats a 4-3 advantage. It would end up being the lone lead of the game for Sulphur Springs.

The Thunderbirds jumped out to a 19-6 lead after 12-0 run. An and-1 layup, free throw from Hall and a buzzer-beating three off the glass by junior Cameron Kahn made it a 19-12 game into the second. Kahn finished with five points.

Sulphur Springs rode that momentum into the second quarter, extending their run to 10-0 after two free throws and a layup by Willis, making it a three-point game, 19-16.

Wagner went on a run and then a buzzer-beating three by Ja’Sean Jackson gave the Thunderbirds a 30-20 lead at the break. Willis had 12 points in the first half.

The fourth period started slow, with neither team scoring for over two minutes at one point. Wagner then scored six straight to take a 12-point lead with 2:40 left in the game. The lead proved insurmountable for Sulhpur Springs as Wagner held on to advance to the 5A state championship.

Sulphur Springs (29-9) season came to an end on Thursday night in San Antonio, while the 33-5 Wagner Thunderbirds will play Mansfield Timberview (37-2) 3 pm on Saturday at the Alamodome. 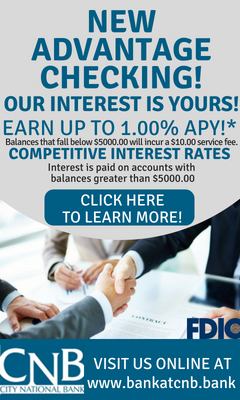 Daily Devotional from The Way Bible Church for March 9th, 2019