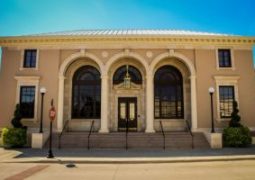 SUNSET STREET –The new sewer main has been installed, and the water main is under construction.

WASTEWATER TREATMENT PLANT – Phase 2 is well under way.  All of the concrete has been poured for the two new aeration basins.  Next they will be fitted with all of the diffused air piping and then connected to3 massive blowers that have already been installed.  Once these basins are operational, the existing basins will be taken offline and they will be refitted with diffused aeration just like basins 1 & 2.  Once all of this is completed our aeration capacity will be greatly enhanced.  This is the heart of our wastewater treatment process.

CONNALLY STREET–Sewer main installation continues on this project. I expect the sewer installation to be completed this month.  Construction of the new water main will follow.

PAVING PROGRAM – Texana Land & Asphalt has paved Park Springs Road and has begun on Carter Street.  Asphalt doesn’t perform well if it is placed in cold weather, so the work won’t resume until later this week.  That’s when Texana will finish Carter before also paving Putman Street and then pave Beasley, Cranford, and Brewer next week, weather permitting.

Once those streets are paved, CTS work will begin on Elm, Ingram, Pipeline, Peach/Georgia, Ashcroft/Town, and Hodge Streets.  Then Texana will come back through and pave those streets after the CTS work is completed.

CLAIMS –We had two workers compensation claims in February.  One was a fairly serious head injury from a slip & fall accident.  He was treated and returned to work after 5 days of recovery.  Also a police officer suffered a minor head injury during an altercation.  No treatment was required, but a first report of injury was filed.

We did not have in liability claims in February, but we did file one property claim of our own.  One of our dump trucks suffered damage when a pickup truck was involved in another vehicle accident and then careened into the dump truck.  There were no injuries, and we submitted a property damage claim to TML.

REVENUES AND EXPENDITURES –Finance Director Lesa Smith will give a year-to-date report of revenues and expenditures.