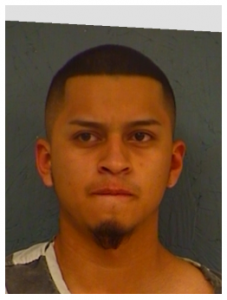 SSPD officers were dispatched to Como Street regarding a crash. Officers were made aware that the crash was due to a disturbance that took place between Martinez and a female victim. Both vehicles had sustained significant damage. Officers were advised by a witness that Martinez intentionally struck the woman’s vehicle while she was occupying it.

Martinez was arrested and transported to Hopkins County Jail. Bond has not been set.