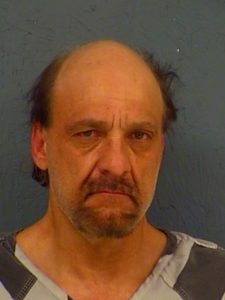 The victim said she retreated to the end of the bed and called 911. She was also said to have picked up a handgun to protect herself due to being in fear for her life. Hill then threw the hammer on the floor and fled the residence.

Hill was later stopped in the vehicle and arrested. He has been charged with Aggravated Assault with a Deadly Weapon-Family Violence and is being held in Hopkins County Jail on $70,000 bond.