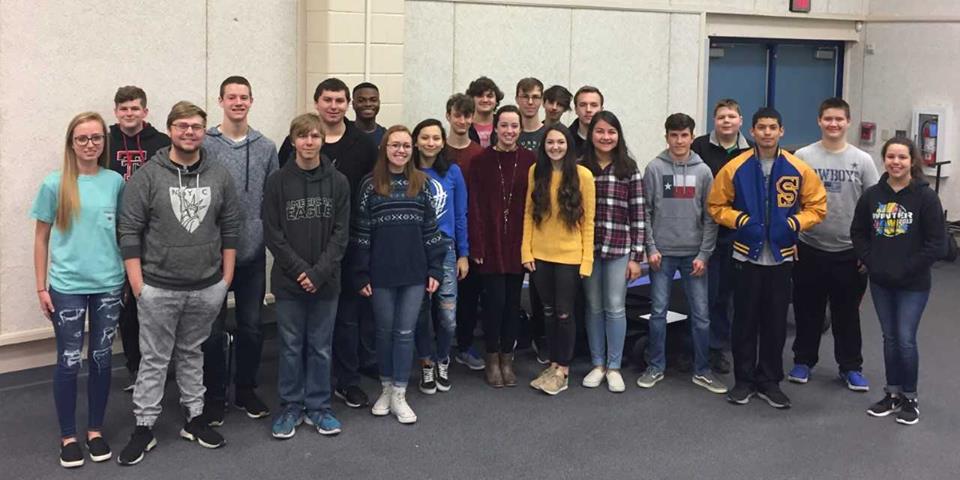 The Sulphur Springs HS Band hosted the 2019 UIL Region 4 Solo & Ensemble Band Contest on Thursday, Feb. 7. Band students from across the entire region traveled to First Baptist Church in Sulphur Springs for contest. The band students and staff hosted over 500 total entries with close to 1000 people involved in some way.

Not only did the Wildcat Band host contest, but 61 students also competed and performed their solos and ensembles for judges as well. We had 40 First Division Ratings! And, the band had 24 students qualify for the State Contest in Austin.

“The number of first divisions and state qualifiers for this year was amazing! The entire band staff has worked to help prepare these students and both the students’ and staff’s hard work was certainly evident with these fantastic results!”

The SSHS Band will continue their competition year as they prepare for UIL Concert and Sightreading contest held in early April. Both HS concert bands will present a Pre-UIL concert in the SSHS Auditorium on March 26 for the public.

Daily Devotional from The Way Bible Church for February 9th, 2019