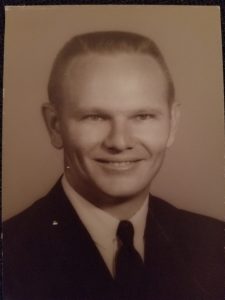 Bruce Wayne Frost, Sr. was born on December 4, 1941 in Waldron, AR to Raleigh and Louveda Frost.  He married Ray Nell Earhart in Poteau, OK on July 27, 1962.  Bruce graduated from Arkansas Tech University with a Bachelor’s of Science Degree and obtained his Master’s at Texas A & M.  He was a School Teacher, Coach, Principal and Superintendent.  Bruce served in the US Navy.  He was a member of Texas State Teachers Association and Black Oak Baptist Church.

Bruce was preceded in death by his brother, Pat Ray Frost.

Memorials can be made to Black Oak Baptist Church Building Fund or Black Oak Cemetery Association.