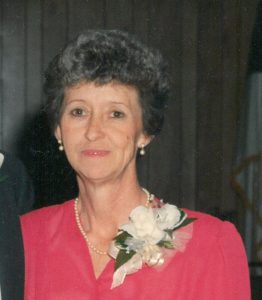 Funeral Service for Lana Marie (Weaver) Mabe, age 74, of Greenview will be held at 2:00 P.M. on Friday, February 1, 2019 at Murray-Orwosky Funeral Chapel with Rev. Tim Mabe officiating.  Interment will follow at Greenview Cemetery with Randy Ragan, Milton Ragan, Stephen Stewart, Jesse Weaver, Geoffrey Stewart and Clint Glazenerserving as pallbearers and Frank Weaver, James Weaver and her grandsons serving as honorary pallbearers.  Visitation will be held on Thursday, January 31, 2019 from 6 to 8 PM at Murray-Orwosky Funeral Chapel.  Mrs. Mabe passed away on Tuesday, January 29, 2019 at her home in Greenview.

Lana was born on September 25, 1944 in Sulphur Springs, to G.A. and Audrey Weaver.   She married Larry Mabe at County Line on August 24, 1962.  Lana was a Dairy Farmer, Homemaker and Secretary for Miller Grove Water Supply System.  She was of the Baptist Faith.

Lana was preceded in death by her parents.