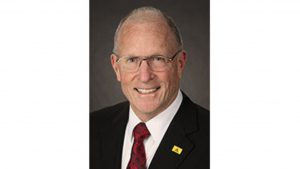 Lt. Gov. Dan Patrick announced today that he has appointed Sen. Bob Hall, R-Edgewood, Chair of the Senate Agriculture Committee. Upon his announcement the lieutenant governor made the following statement:

“No one works harder for the people of his district than Sen. Hall and I am confident he will bring the same work ethic and commitment to conservative principles to the leadership of the Senate Agriculture Committee.”

Chairman Hall had the following to say about his appointment as chairman:

“It’s a privilege to receive the Lt. Governor’s appointment as Senate Agriculture Committee chairman. My district is a testament to the fact that the future of Texas agriculture is filled with promise. I know my rural communities are excited to have our voice at the center of the discussion. I look forward to ensuring that farming and ranching continues to be a vibrant part of the Texas economy with the free market as the engine.”

Sulphur Springs Animal Shelter Pet of the Week for 11/28

Sulphur Springs Animal Shelter Pet of the Week for 11/22