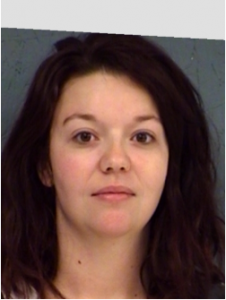 Another charge for Sexual Conduct/Intercourse with a Supervised Inmate has been filed on former Hopkins County Corrections Officer Sinead Nicole Hagan. Hagan was originally arrested on similar charges on January, 2, 2019. An incident with a second inmate was discovered while reviewing video related to the original charge.

The investigation has been handled by Texas Ranger John Vance. Hagan is currently being held on $20,000 bond.