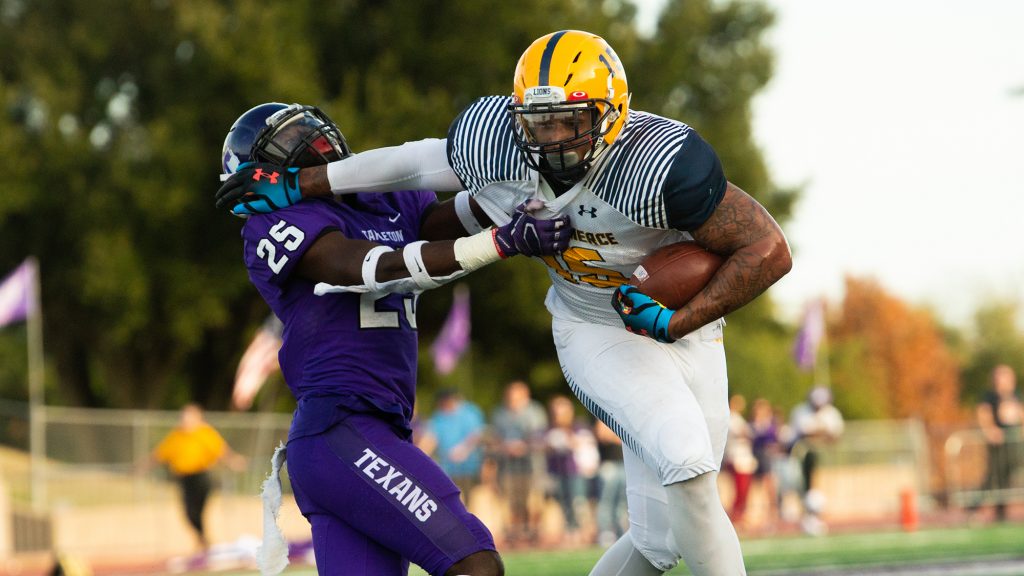 The Texas A&M University-Commerce football team is ranked No. 9 in the final 2018 American Football Coaches Association Division II Coaches’ Poll, as announced by the AFCA on Monday.

The Lions went 10-3 in 2018 for their third consecutive year with double-digit victories. A&M-Commerce advanced to the NCAA Division II playoffs for the fourth straight season and the regional semifinal round for the third straight year.

A&M-Commerce has been ranked in 52 consecutive AFCA polls, dating back to the 2015 preseason poll. This is A&M-Commerce’s 58th all-time appearance in the AFCA poll since its inception in 2000.

In the polls recognized by Division II as the top rating system, the Lions have been recognized as a nationally ranked team 107 times since joining Division II in 1981.

Kids Kingdom Closed Today for Maintenance And Application Of Sealant.