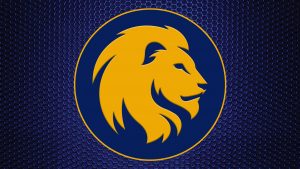 Texas A&M University-Commerce has announced a comprehensive national search for its next head football coach, following the departure of Colby Carthel.

One year removed from winning the 2017 NCAA National Championship, Lion football is coming off a successful 10-3 season that featured an NCAA regional semifinal playoff berth.  A&M-Commerce is one of only four scholarship programs in Texas to post three consecutive 10-win seasons over the last decade (Baylor, TCU, and Sam Houston State).  The Lions are one of only three Division II programs to have an active streak of four consecutive NCAA playoff appearances.

“We are already well into the process of vetting quality candidates to be our next head coach,” A&M-Commerce Director of Athletics Tim McMurray noted.  “Our interest from a variety of diverse backgrounds is invigorating, and it is a priority to hire someone who understands our Best in Class standard for our student-athletes, our football program, and our community.”

From its final two-deep roster of 2018, the Lions are slated to return 15 of 22 starters on both offense and defense.   Season ticket information for 2019 will be announced in early February of next year.

“As an institution of distinction serving the Northeast Texas region, we have an outstanding opportunity to find our next successful leader for Lion Football,” A&M-Commerce President Dr. Mark Rudin said.  “Our mission is to find a person whose priority is the success of our student-athletes – both in the classroom and on the field.   We look forward to seamlessly transitioning our new head coach into our loyal A&M-Commerce extended family”.

A&M-Commerce will have no further public comments on the search until the new coach is named.