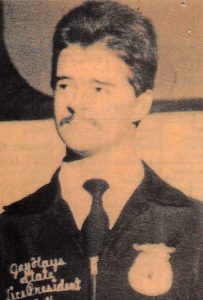 Jay Don Hays, age 53 of Dallas, passed away November 22, 2018 in Parkland Hospital of Dallas following a lengthy illness. He was born in Littleton, Colorado on September 13, 1965 to Garland Hays and Claudia Bussard Hays. He attended Yantis ISD and graduated from Wolfe City High School in 1984. As a youth, he built a herd of Semmental cattle and was active in the Lone Star High School Rodeo Association and Texas State Rodeo Association. During high school, he served as Texas Area V State FFA President and was the Texas Area V Nominee for National FFA President. He attended Trinity Valley Community College at Athens, Texas then graduated in 1989 from Texas A and M University, College Station with a degree in Agricultural Science. While there, he served as Student Body President and was recipient of the Brown-Rudder Memorial Award, the top student award bestowed by the University. He went to work for an energy company in Bahrain in 1990 and married Stephanie Dunlap in 1997.

Surviving him are his father Garland Ray Hays of Sulphur Springs, his mother Claudia Hays of Dallas and sister Carrie Hays Yates of Dallas, also nephews Dakota Yates of Chickashay, Oklahoma and Rex Yates of Dallas, a grand-niece Avery Michelle Yates and a family friend Enola Gay Mathews. Preceding him in death were his paternal grandparents Delbert and Dorothy Hays of Sulphur Springs and maternal grandparents Julius and Myrtle Bussard of Colorado.

A Memorial service is set for Wednesday December 5, 2018 at 3pm at West Oaks Funeral Home in Sulphur Springs, Texas. Visitation will be held at 2 pm, an hour prior to services. In lieu of flowers, memorials may be made to the Texas FFA Foundation, Attn: Memorial Gifts, 614 East 12th Street, Austin, Texas 78701, a foundation designed to meet the goals, strategies and objectives of Texas agricultural science education.

A Year in Review – Diabetes Education by Johanna Hicks