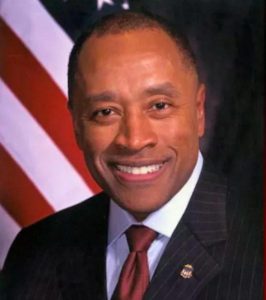 Sulphur Springs native Donald Washington has been nominated to serve as director of the U.S. Marshal Service.  Washington is a member of the Sulphur Springs High School Class of 1973. He is scheduled to be confirmed to the position by the Senate on November 28th. He was nominated by the President in October.

He graduated from the United States Military Academy, West Point, New York, with a degree in mechanical engineering.  Mr. Washington served as a Captain of the Air Defense Artillery in the United States Army and in the Army Reserve from 1983 to 1987. He earned a J.D. from South Texas College of Law, Houston, Texas.