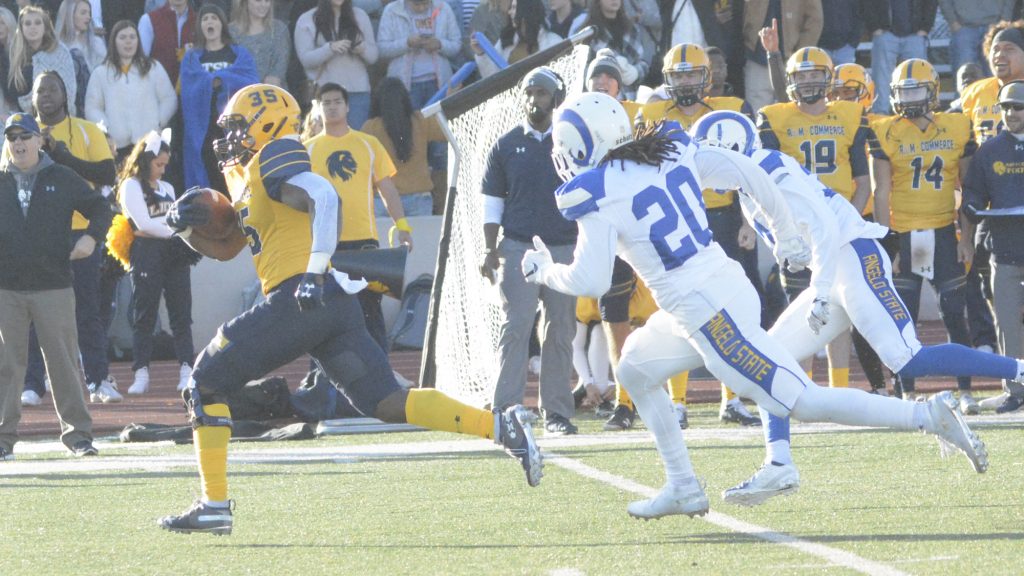 The Texas A&M University-Commerce football team has qualified for the NCAA Division II Football Championship for the fourth consecutive season, as announced Sunday evening. The Lions are the sixth seed in Super Region Four and will travel to the University of Minnesota-Duluth for the regional quarterfinal round on Saturday, November 17.

The No. 14 Texas A&M University-Commerce football team excelled in all three phases of the game, as the Lions closed out the regular season with a 41-13 victory over visiting Angelo State University on Saturday at Ernest Hawkins Field at Memorial Stadium.

The Lions went 8-2 in the regular season and have won their last four games. UMD went 11-0 this season, and the Bulldogs are the co-champions of the Northern Sun Intercollegiate Conference.