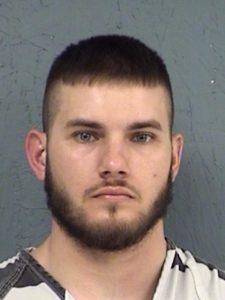 Aaron Crum has been sentenced to 50 years in the Texas Department of Criminal Justice after being found guilty of first degree murder. Crum was arrested for the murder of Joshua Cowling in late February of 2018. Crum fatally shot Cowling at a house party on Pampa Street. The trial began on Tuesday of last week and the jury returned a guilty verdict on Saturday.