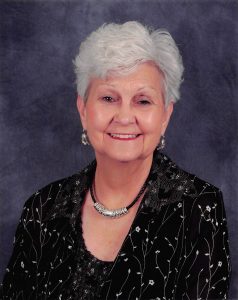 Lola McFadden, 83, of Sulphur Springs, TX. was called home to be with her Heavenly Father on Monday, November 5, 2018.

Lola was born on September 26, 1935 in Miller Grove, TX. While attending Church, she met and later married Don D. McFadden with whom she shared almost 50 years of marriage. They celebrated and nurtured three beloved daughters.

Lola was a devout Christian and active member of Davis Street Baptist Church for 73 years. She embodied the spirit of Christ’s teachings as she served her church and community, putting others’ needs before her own. She and friends regularly visited with nursing home residents and were quick to help wherever needed.

She loved to travel with her friends and just last July fulfilled her dream of visiting the Holy Land.

Memorials may be made to Davis Street Baptist Church at 427 Gilmer St, Sulphur Springs, TX 75482.