SSHS Wildcat Theatre will present their annual fall show, The Three Musketeers,  on November 8th, 10th, and 11th. Award winning playwright Ken Ludwig has adapted the timeless swashbuckler by Alexandre Dumas, a tale of heroism, treachery, close escapes, and above all, honor. The story, set in 1625, begins with d’Artagnan (Junior Chase Berry), who sets off for Paris in search of adventure. Along with d’Artagnan goes Sabine(Sophomore Rorie Young), his sister, the quintessential tomboy. Sent with d’Artagnan to attend a convent school in Paris, she poses as a young man – d’Artagnan’s servant – and quickly becomes entangled in her brother’s adventures. Soon after reaching Paris, d’Artagnan encounters the greatest heroes of the day, Athos, Porthos, and Aramis (Freshman Ben Braddy, Junior Reagan Kesting, and Senior Johnathan Johnson), the famous musketeers, and he joins forces with his heroes to defend the honor of the Queen of France(Sophomore Hannah Shultz). In so doing, he finds himself in opposition to the most dangerous man in Europe, Cardinal Richelieu(Senior Hagen Hunt). Even more deadly is the infamous Countess de Winter(Junior Rachel Bramlett), known as Milady, who will stop at nothing to exact revenge on d’Artagnan – and Sabine – for their meddlesome behavior. Little does Milady know that the young girl she scorns, Sabine, will ultimately save the day. 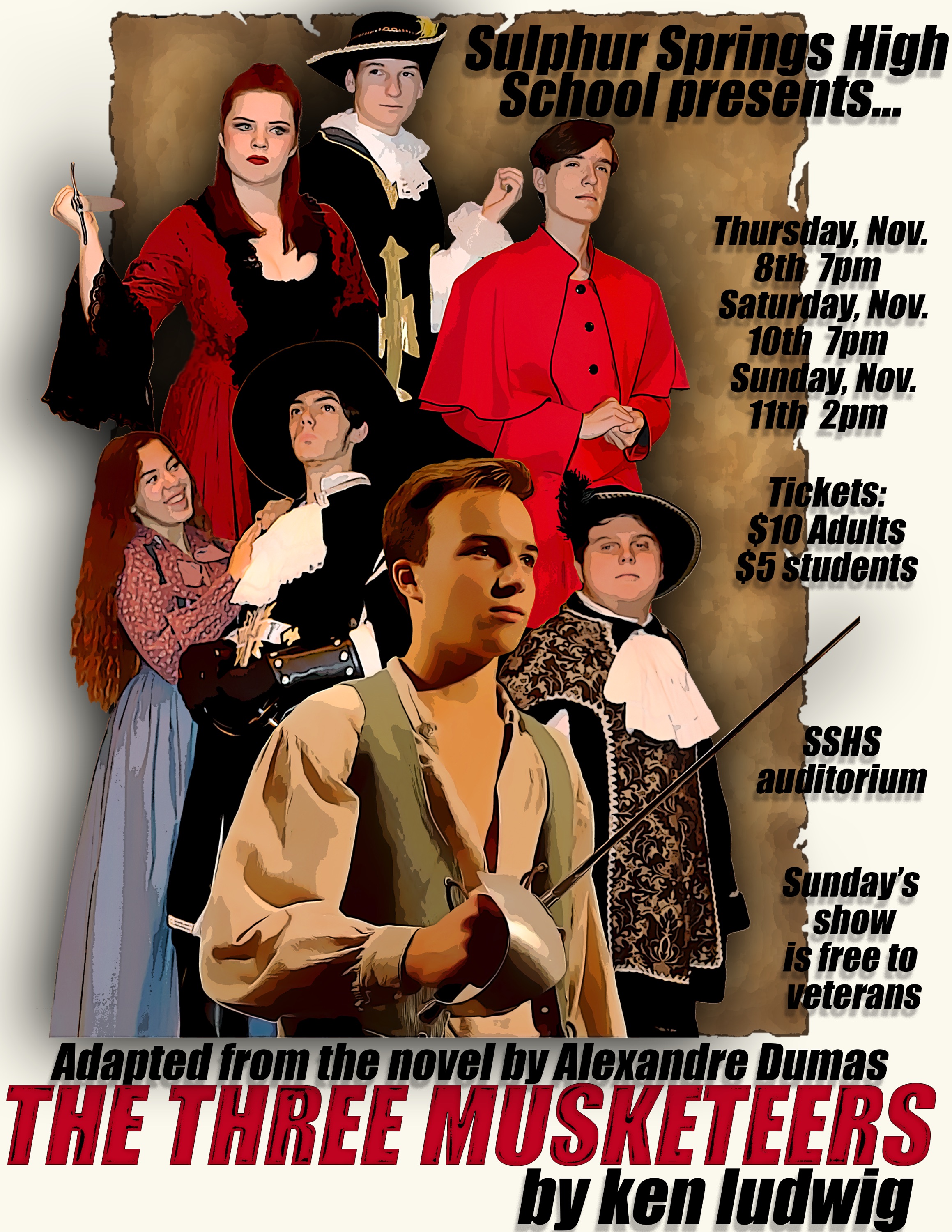