Home » One Woman Dead, One Man Considered in Grave Condition After Shooting on Rockdale Road in Sulphur Springs
Local News

One Woman Dead, One Man Considered in Grave Condition After Shooting on Rockdale Road in Sulphur Springs 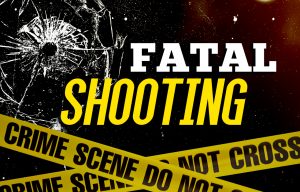 Sulphur Springs Police Department responded to a disturbance call at a residence on the 900 block of Rockdale Road today. When officers arrived on the scene, witnesses not inside house told officers they heard a male and a female arguing followed by one gunshot then more and then silence. Officers then checked residence and it was locked and they were unable to make contact with the residents. Officers then called for the special response team. The special response team arrived and with the information they had, along with previous information from dealings with residence, they made decision to enter. Once they entered they located deceased female from an apparent gunshot wound. They also located male subject alive but barely breathing. He was also injured from an apparent gun shot wound. The male subject was taken to hospital and is considered to be in grave condition but is still alive at this time. SSPD investigators are on the scene with assistance from Hopkins County Sheriff’s Office and Texas Ranger John Vance.

Watch Out for Spooks on the Road! by Johanna Hicks