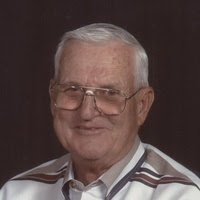 Buddy was born in Hopkins County, Texas, on January 9, 1938, to Minnie Cecil Burns and Thomas Grady Ferrell. In 1959 Buddy worked for 1 year as an equipment operator at McKinsey Asphalt in Greenville until he entered  the United States Air Force in 1960. Upon being discharged from the service in 1964,  he returned to McKinsey Asphalt and worked there until 1986. He then went to work for the City of Commerce from 1986-1997. In 1998, he retired as an  equipment operator while working for  Hunt County, Precinct 4.  He was a member of First United Methodist Church of Commerce. Buddy enjoyed spending time with his horses, cows and gardening. Buddy married Hazel Jean Moreland (Ferrell) in May of 1976. They were married until her death on September 18, 1992.

The Ferrell family is requesting in lieu of flowers that donations be made to the Humane Society, 7817 S. Cooper St. Arlington, Texas 76001.

Arrangements are under the direction of Jones-Walker and Son Funeral Service and Cremation Service of Commerce.

Watch Out for Spooks on the Road! by Johanna Hicks