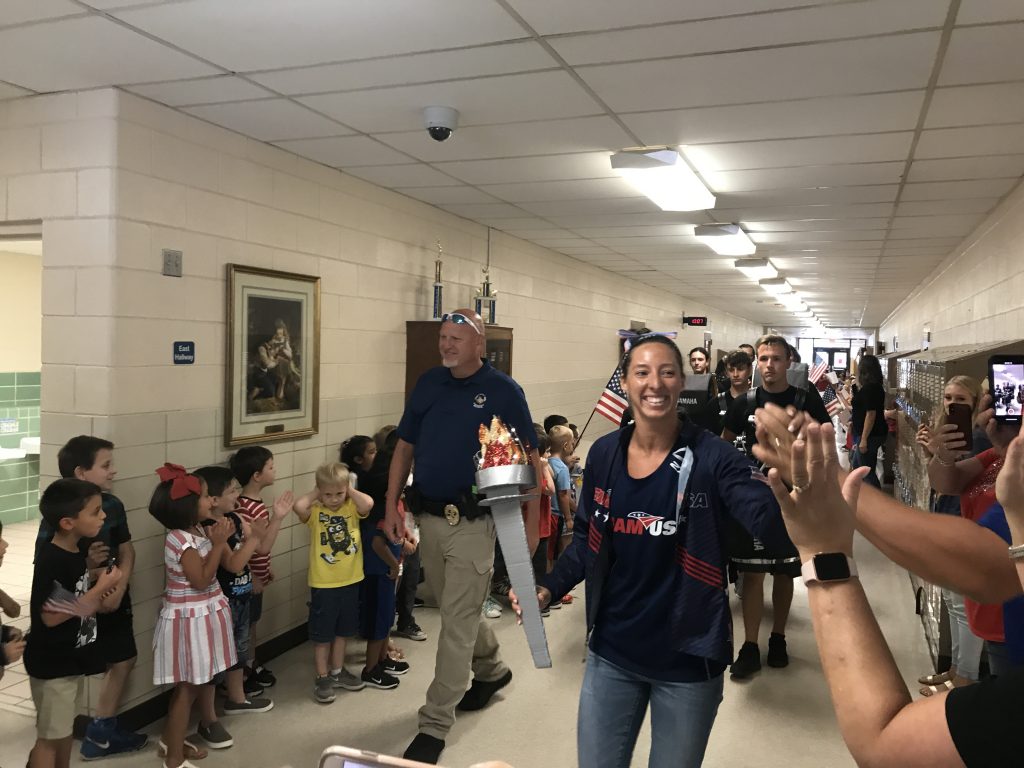 Students wore red, white, and blue on Friday and lined the halls as Mrs. Davis made her way to the ‘finish line’ in the auditorium where more students were waiting on her. Davis then gave a short speech to students where she told them about her lifelong dream to compete in triathlons and encouraged them to pursue their dreams.

Mrs. Davis was a college swimmer at Virginia Tech but has dreamed of being a triathlon champion since she was 8 years old, she said. She previously competed in the IRONMAN World Championship in 2016. 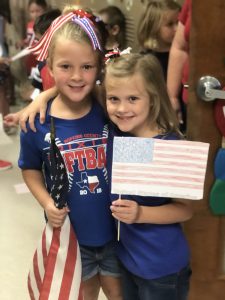