No. 1 Texas A&M Commerce Lions’ season opener vs. A&M-Kingsville to be nationally televised on ESPN3 as part of Division II Showcase 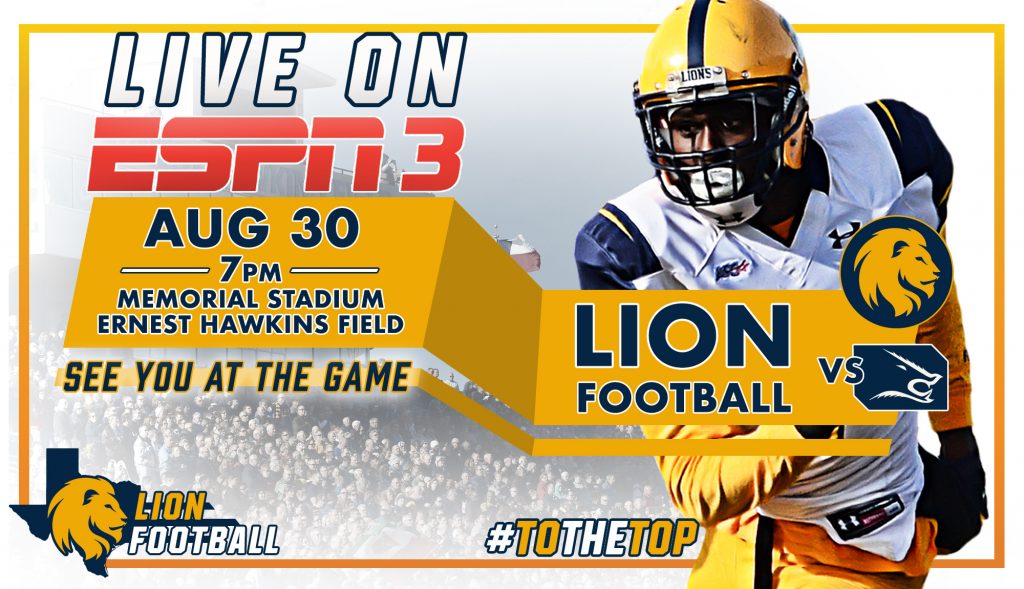 Kickoff for the Lions’ Student Appreciation Night game against their long-time Lone Star Conference rival is scheduled for 7 p.m. on Thursday, August 30. Tickets are available by calling (903) 468-8756 or visiting WeAreLionsTix.com.
Lion fans are encouraged to pack the stands of Ernest Hawkins Field at Memorial Stadium to show our Best In Class gameday experience. Tailgating begins at 2 p.m.Thursday, with The Pride Marching Band leading fans into the stadium at 6:30 p.m. The National Championship Student Section will lead the team onto the field as the ESPN3 broadcast begins.

A&M-Commerce has had football games televised nationally in each of the last four seasons, becoming one of the most featured schools in Division II as the program has risen to the top of the national charts.

The Lions enter the game ranked No. 1 nationally in the American Football Coaches’ Association poll. They are also the preseason favorite to win the Lone Star Conference.