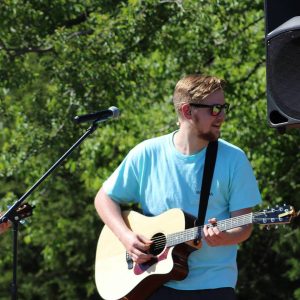 Hopkins County native Hudson Northcutt will be the opening act for Stoney Larue’s concert in Mt. Pleasant Friday night. This is a dream come true for Northcutt. We talked to him about his opportunity to open for the Texas Country star. “My grandad crossed paths accidentally with Stoney Larue about 6 years ago in a Casino. They had a long conversation about music, and about me playing music. Stoney’s advice to my grandad, of which he relayed to me, was to ‘keep on playing.’ Had you told the 13 year old me that I would later open up for him at 19, I would have said you’re crazy.”, Northcutt said.

The concert is at Mardi Gras Seafood in Mt. Pleasant. Show starts at 8pm. Tickets will be available at the door.  All ages welcome.

Reds, Whites, and Brews Set for May 12th. Eight Breweries and Five Wineries Scheduled to Attend.