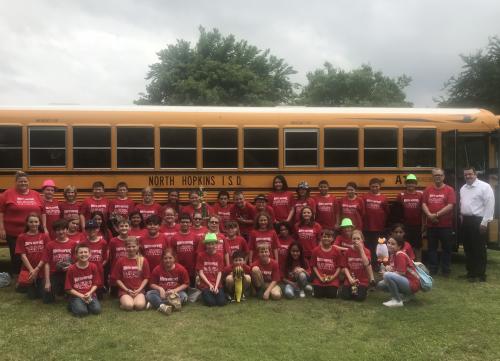 North Hopkins ISD is thankful for a great start to their band program this year as they went to Sandy Lake Amusement Park in Dallas on March 1st under the direcxtion of Monte Ascraft and 6th grade teacher, Sherry Hocutt.

The Panther Beginning Band was started initially in the spring of 2017 with Superintendent and former band director, Dr. Darin Jolly. Jolly rehearsed and directed beginning band as he was able to teach music alongside his dedication and commitment of running Norh Hopkins ISD as Superintendenent of schools.

We’re thankful for a great start and beginning to our band program in North Hopkins ISD.

Sulphur Springs Animal Shelter Pet of the Week for 5/24