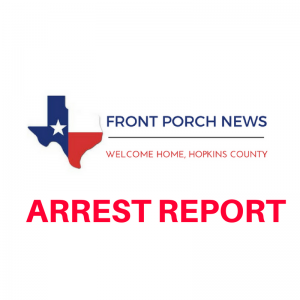 Hopkins County Sheriff’s Office arrested a 29 year old Dallas man on Monday for Aggravated Assault of Public Servant with a Deadly Weapon and Unauthorized Use of a Motor Vehicle. Officers received a call from a property owner stating that a tent had been set up on their property. As officers approached the property they noticed Jameal Joseph outside of the tent.

Joseph is currently being held in Hopkins County Jail on $205,000 bond.