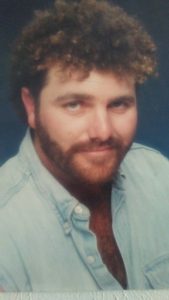 Mr. Jackson passed away on Monday, March 19, 2018 at his residence in Sulphur Springs.

Sammy Joe Jackson was born August 13, 1962, the son of Jim Jackson and Mary Lindsey Jackson in Sulphur Springs, Texas. He married Dorene Matlock in Sulphur Springs on November 5, 2011.  He worked in utility construction.