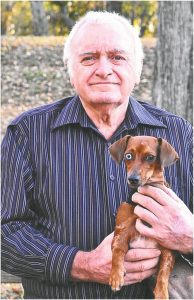 Robert “Bob” Glover was born October 1, 1938 in Como, TX, the son of Andrew Jackson Glover and Mary Louise (Hooten) Glover. He married Mary Jo Humphrey in Oklahoma on April 14, 1961. Mr. Glover served in the Army National Guard and worked as a Welding Engineer for Cooper-Cameron.

Mr. Glover was preceded in death by his parents and daughter, Jennifer Lee Glover.