Como-Pickton One Act Play Advances to the Bi-District contest

Congratulations to the CP One Act Play for advancing to the Bi-District contest on March 21st at Pleasant Grove High School in Texarkana. Hannah Anderson was selected as Best Actress, Madison Jennings earned All-Star Cast, and Angela Baxley received the Tech award!!! “Break a Leg” at Bi-District. 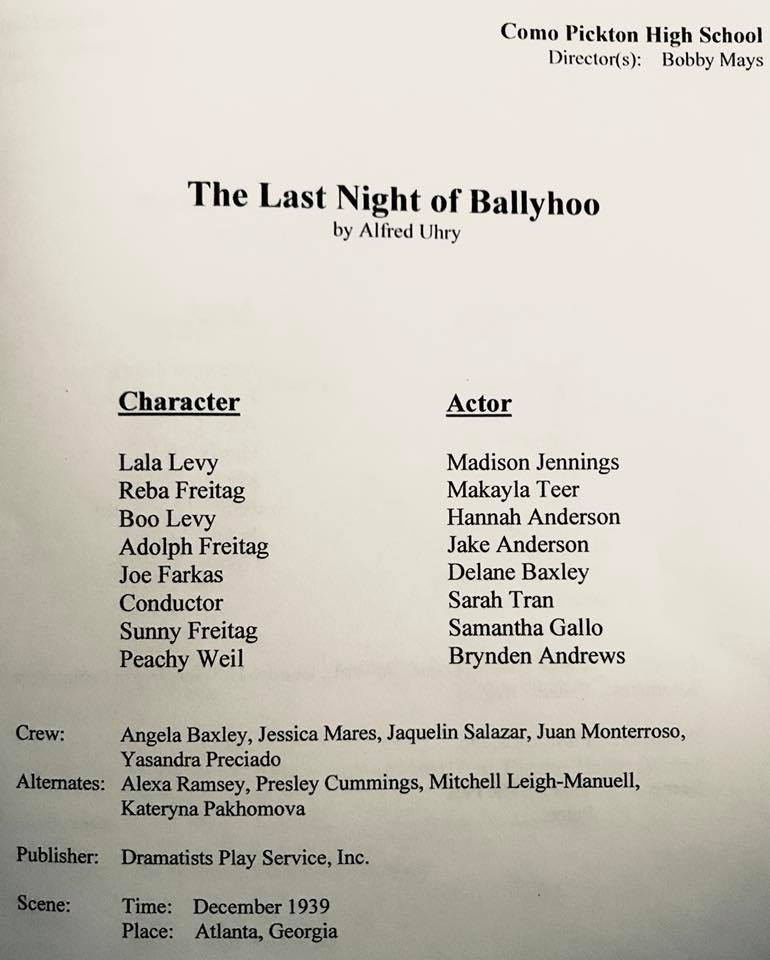