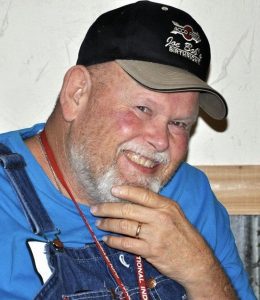 Funeral services for Timothy Ray Wright, Sr., age 66, of Sulphur Springs will be

Ray, and Sheriff Lewis Tatum, serving as pallbearers. Honorary pallbearers will be

Oaks Funeral Home. Tim passed away on Friday, February 23, 2018 at his residence. He

she survives. Tim served 10 years with the Hopkins County Sheriff Department and

retired as Chief Jailer. He was with Shelton’s Propane and Austin Paving both for 15

years.  Tim was of the Baptist faith and served as Deacon for many years. He was

brothers, and 1 sister. He is preceded in death by his parents and a grandson,

Brayden Withrow. Arrangements are under the direction of West Oaks Funeral Home.