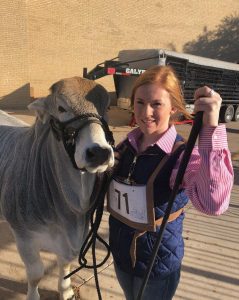 January has been a busy time of year as we have been gearing up for the county show at the end of February and we just returned from the Ft. Worth Stock Show and Rodeo. The second weekend of January Jr. FFA member Layden Pace showed his fire pit in the Outdoor Recreation Division and received a blue ribbon. The next week the SS FFA show team took 10 head of beef heifers to compete in the Ft. Worth Junior show. There were 2,400 junior show heifers being shown by FFA and 4-H members from across Texas. We had a very successful show week with Blaine Flemens placing 4th out of a class of 17 with Pistol Anne his Santa Gertrudis, Blaine Allen placed 4th out of 17 with Maryann his Grey Brahman, and Savannah Allen placed 4th out of 17 with Caroline her Grey Brahman! Sydney Swatsell placed 5th out of a 18 with Dot her Beefmaster heifer. Cash Vititow placed 5th out of 25 with CC his Red Brahman. Phillip Rater had the largest class with 50 heifers in his class alone, and he placed 14th overall with Panda his Chiannina heifer. We also had Micah Flemens showing Cinnamon his Santa Gertrudis heifer, Hayden Daniel showed Pearl his Chiannina heifer, Jodie Tippit showed Mo-Jo her Beefmaster heifer, and Breanna Sells showed Dixie her Black Angus heifer. Overall every SS FFA member showed extremely well and all came back with goals to reach by Houston Stock Show and Rodeo the second weekend of March. All in all this has been one of the best trips to Ft. Worth that I have been apart of and can not wait to see what these students and their heifers will do in Houston. In addition, Elida Miller competed and caught in the Ft. Worth Calf Scramble on Jan 24th, and she plans to purchase a Hereford heifer and show it next year at the major shows. There is a quote that sums up this group of students and that is “Success is the sum of small efforts, repeated day in and day out”. 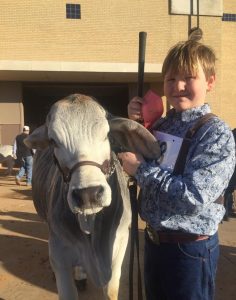 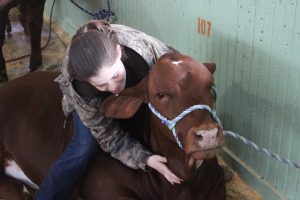 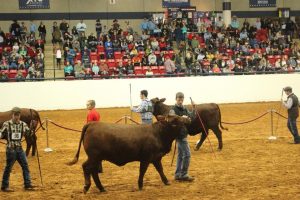 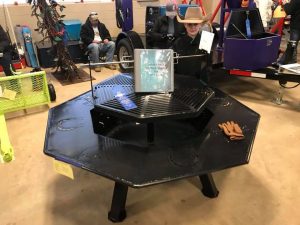